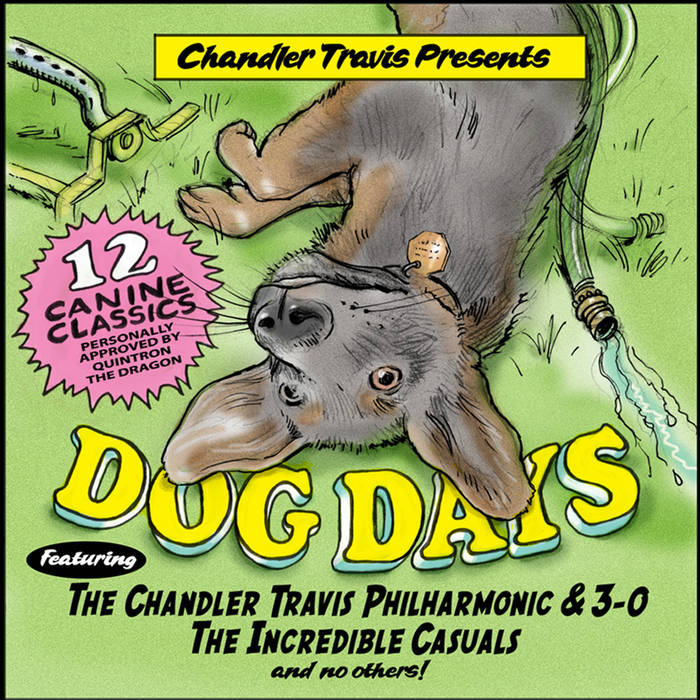 Almost 30 years of songs about dogs, 1992 - 2021. As a bonus, including photos of the actual dogs that inspired each song to post along with their particular track, not to mention a whole bunch of others that wouldn't fit.
I'm not at all sure why photos of our dogs would be interesting to anyone else, but they've got to be more interesting than more pictures of me!

4- Get That Stick (Incredible Casuals)

6- For the Life Of This Dog


All songs written and performed by Chandler Travis, Farfy/BMI, except:
2, set to a poem by K,S. Rankin;
3 & 7 by the CTP, from the album "Llama Rhymes";
4 by the Incredible Casuals, from RadioBall #11-
"The Future Will Be Better Tomorrow";
9 by the CTP, recorded at Harry's in Hyannis, Aug. 17, 2004 by Chris Blood;
and 12 by the CTP, from the album "Let's Have a Pancake"
3, 7, and 12 mixed and recorded by Ducky Carlisle at Room 9
Special thanks to the Casuals (Rikki Bates, Aaron Spade, and
Johnny Spampinato); the Philharmonic (among them here, Rikki,
Dinty Child, Johns Clark & Styklunas, Fred Boak, Keith Spring,
Berke McKelvie, Keiichi Hashimoto, Mark Chenevert, Bob Pilkington.
Dave Harris, Ken Field, Tim Dickey, and on and on...
And to Weasel, Lily, Quintron, Ramona, Bodie, Jamie, Snoopy, Dandy,
Ben, Ruby, Madge, Tara, Esther, Turbo, Clawdy,
and on and on even more!

Art by Dan Joy
Most photos by Rachel Jarvis, to whom this album is most gratefully dedicated