by The Chandler Travis Philharmonic 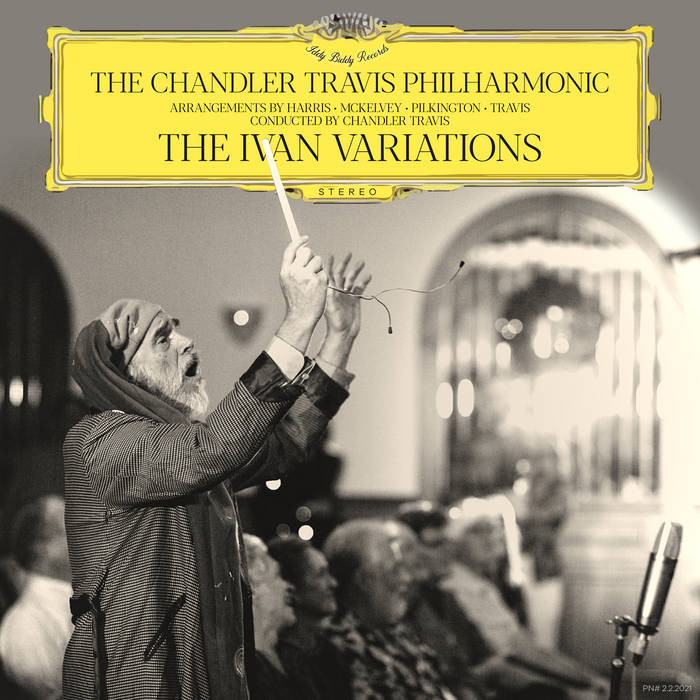 From a remark by Jerome Deupree, who, on the occasion of a CTP show on Groundhog Day, said "Why don't we just play the same song over and over?"

Of course the idea of The Ivan Variations is not an idea but the thing itself, a singular thing borne of plurality. Such variety! The changes in rhythm, instrumentation, and dynamics; the modal or scalar shifts from the Lydian to the Dorian to the Hungarian Minor and Hungarian Major; the genre-jumping and backward or upside down score-reading—such variety reveals the essential and unique noumenon, the songness, if you will, of the song.
Finally, one thinks inevitably of the Variations on an Original Theme, Op. 36, of Sir Edward Elgar, the famous “Enigma Variations.” As the composer himself said, the enigma is that “the principal Theme never appears”; rather, it is implied contrapuntally. This cannot be said of the present work, which, contra-contrapuntally, repeats the theme over and over. This is the enigma of the non-enigma.
-Hejde Fraumtrau

Recorded at the Lizard Lounge, Cambridge, MA., Groundhog Day, Feb. 2, 2019 by Pete Weiss
Principal mixing by Pete Weiss at Verdant Studio, Athens Vermont
Except various overdubs and *, recorded at Babyland, 2019 and '20 by Chandler Travis (** by C.T. with Bill Scheniman)