by The Chandler Travis Three-O 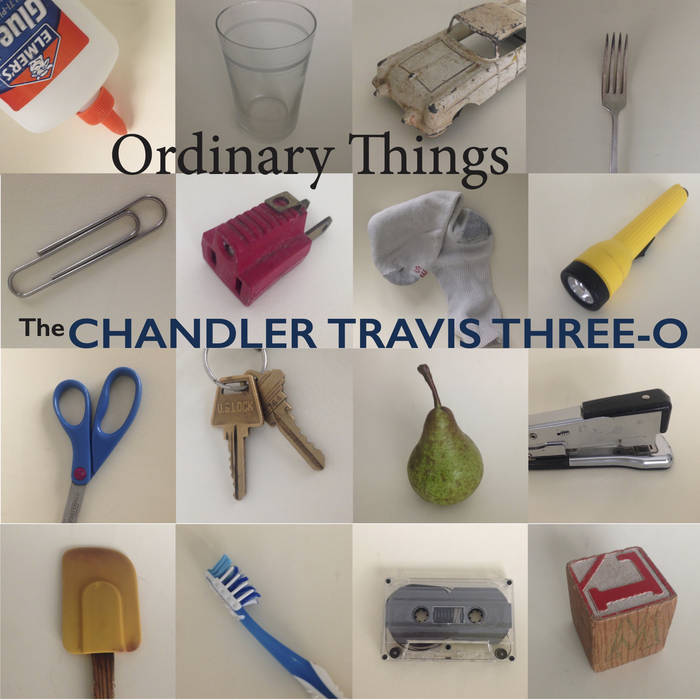 Well, the Three-O just recently had our only scheduled public show of 2020 rained out- it has been that kind of year -but we've got our fingers crossed for the re-scheduled date, and in honor of the occasion, we thought we'd give you a preview of some of the recordings we've been working on lately (these are in the nature of works-in-progress, so don't be shocked if the finished versions end up sounding somewhat different.) This bunch ends up being a pretty somber little collection; I find a nice, depressing listen can be a very comforting thing sometimes!

"Every Letter Sent" and "Ordinary Things"- the Chandler Travis Three-O, recorded mostly at Babyland in 2019. Both of these are David Greenberger lyrics; you can tell, because, unlike most of my lyrical attempts, they include actual imagery. You may also notice some lovely trumpet playing by Ms. Kami Lyle on the former, as well as some very fine piano playing and drumming by Mr's Cliff Spencer and Alex Brander, while "Ordinary Things" features a guest star turn from the one and only Dinty Child (had to knock it off w the Mr. and Ms. in fear I might turn into Tiny Tim.)

"After She Left"- the Chandler Travis Three-O- recorded by Chris Blood at Trout Towers, with overdubs by myself at Payomet in Truro and here at Babyland, not far from greater downtown Harwich.
This one's gone down a rather long and winding road, as it was begun in the summer of 2007 when Truro legend and bon vivant Pierre Beauregarde showed up at Bubala's with a harmonica he'd invented that played in a lovely minor key, and the chorus materialized on the spot. A year or so later, Pierre and I collaborated on the background music and sound effects for a production of "The Visit" at Payomet in Truro; this version begins with a short live quote from that production.
Later that year, Chris Blood recorded the song at Trout Towers with John Clark on bass and Keith Spring on keys (fake vibes), right around the time we recorded an album of the same name, "After She Left", a collection of relatively quiet songs issued under my name, but the title song didn't make the final cut.
For some reason it took a while to get the right feel on the bass clarinet track, but the intrepid Berke McKelvey finally cracked the code sometime around 2019, and presto! A relatively depressing instrumental was born!

"Mama's Gettin' Well (rehearsal)"- the Chandler Travis Three-O, recorded August 24, 2017, on my iphone at my friend Charles Field's house in Truro. This is a particularly quiet one, which makes it problematic for playing at some of the noisier venues, but I like it a lot, and still hope someday to do an official version. This one also features Kami Lyle on trumpet, and was our first rehearsal of it; hadn't planned on releasing this at all, had kind of forgotten about it, but it seems to round things off to EP length handily, and to continue the relatively dark mood.

Recorded by Chandler Travis at Babyland and elsewhere, with Chris Blood at Trout Towers, 3 and Bill Scheniman, 1

Written by Chandler Travis, except 1 and 2, lyrics by David Greenberger

Thanks especially to Chris Blood, Charles Fields, and Shaun Wortis