Hey Santa! The 2021 Cape Cod Christmas Cavalcade for the Homeless 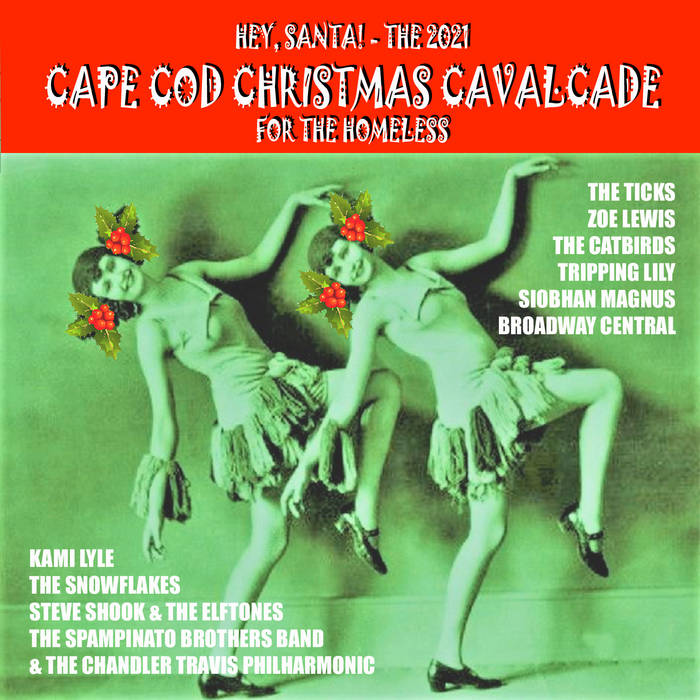 Three and Half Minutes of Pop

Hope you enjoy this digital release of musical highlights from the last decade or so of Cape Cavalcades; we've included some of the performances from last year's two-part virtual video Cavalcade extravaganza (links and more info below), plus a goodly handful of new stuff.

As always, we ask that if you're sufficiently enraptured, you'll consider a donation to the Housing Assistance Corporation of Cape Cod, either at their website, haconcapecod.org/make-donation/, or via Paypal: paypal.me/haconcapecod, and if you don't mind, please specify it's for the Christmas Cavalcade; all proceeds from this album go to the Housing Assistance Corp., because those folks probably need it a lot more than any of us do!

And special thanks to all the brilliant musicians who make these shows amazing; don't know when I'll ever get time to list you all (or in many cases even figure out exactly who played, after all these years!), but I'll sure try. Ditto for the artwork, which could stand a re-vamp, and I'd love to add some liner notes someday (especially if anyone else wants to write them!)