The Chandler Travis Philharmonic Tribute to the Midway: blurry then, blurry now​.​.​. 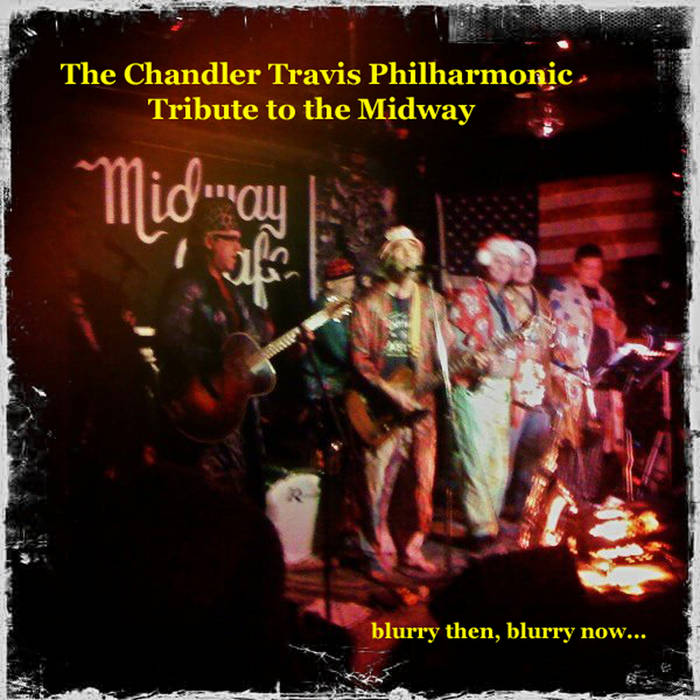 Ok, we've played at the Midway literally zillions of times, and now quite suddenly (at least in my semi-functioning brain) it's the Midway's 30th anniversary, and of course I didn't do anything in advance, because I wanted to make sure the fucking thing was actually going to happen, and now it is, and I'm kind of buzzed... ahhhh...

The Midway is very clearly the last really great, classic dump in the Boston area, and by dump, of course, I mean splendid palace of golden-ness that just doesn't happen to strike everyone on earth as being as blindingly, shinily, abundantly soul enriching as say, for instance, Shangri-la or the Taj Mahal, but fuck them, they don't know shit, the Midway is cool. Jay, Smiley, Dave, Robert, Nick, Lenny -all gods, pretty much.

And we played there many times, and had a blast. Sooo many stories, and if I was better organized, I'd be telling you them now, as this is absolutely a perfect time for such an activity. But, no, can't right now.

Instead, here's 21 songs we recorded there, live; some never before released, some from the series of CDs we released in the year 2000, the RadioBalls -some, but not all, thank god, still available here... just scroll down... and down, and down, and down.... most sloppy as all hell, some particularly ill-advised (our version of "The Rites of Spring" for instance.) The Midway was our playground... we played hard, and had a ball. Now it's your problem.

The new tracks were probably recorded on March 24, 2010 (except "History Vs. Hope", which was recorded some other time) by either Fred Boak or Paul Cirincione; the old ones mostly by myself, I think, in Horrend-O-phonic (i.e. an ancient Sony portable cassette deck.) In addition to the older RadioBall tracks, you might want to check out "RadioBall # 8- The Dog Ate My Album", perhaps the jewel of the many Midway / RadioBall releases, in part because it was NOT recorded in Horrend-O-phonic!